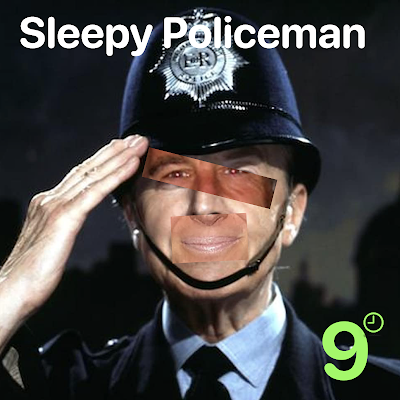 Music is to Blame @musicistoblame “It takes a specific skill to take the well-trodden path of garage rock – with the most classic of spins, at that – and infuse it with politically-coloured satire: … there is a reason why the Leicester outfit has garnered a reputation for quirkiness and fun-sounding tunes, and their fingerprints are all over this track, too, with unique vocals, an entrancing bass line that makes this a song which would not be out of place at a certain sort of rave, and an intense rhythm which seems a perfect fit for live delivery. Perhaps the most intriguing feature of this track, aside from the insightful, cutting lyrics (all but shouted in the listener’s ears with deliberate urgency, an excellent vehicle for the song’s…the dub element can certainly be heard here, as can influences which come from electronica, psychedelic rock, and late-60s classic rock. There is a lot to this track, and those who might hear echoes of the likes of The Misfits, early Pink Floyd, or even Madness in it would not be off in their judgement, although the track also has an extremely contemporary sound.”
Sinusoidal @sinusoidal.music “It’s more than a song, it’s falling into a vat of funk and not figuring out you stunk. Their signature, slightly distorted vocals allows you to completely tune in your listening device. The groove is like a clap back at the House of Commons. There is little to get annoyed with, a lot to get enamoured with. These are musicians who rely on extraterrestrial intervention for inspiration. Output says, they’ve definitely got it.”
Edgar Allan Poets @edgarallanpoets “The most eclectic band on the music scene amazes us today with an unexpected twist. When you thought it was no longer possible for this band to make you say WOW… like magicians they pulled the rabbit out of the hat. I have already said it several times but here we are faced with guys from another planet.”
KIMU @KARLISMYUNKLE “Drawing us in with a dimensional bassline, emotive guitar riffs and textured drums, 9 o’clock Nasty open Sleepy Policeman with the intrigue and refined soundscape that we have come to love from the band…. What we love about 9 o’clock Nasty is they are never afraid to make a societal and philosophical commentary, and Sleepy Policeman is no exception. Full of intelligent prose, the band, who are activists at heart, share their prophetic words and bring to life their wisdom in a smart and profound way.”
MangoWave @mangowavereviews “The new single’s energy thus derives from the back-and-forth between bass-loaded and chill Dub rhythms, and angry Garage and Punk outbursts. This sound may depict the lethargy of the „Sleepy Policemen“ on the one hand, and the anger about this injustice on the other. It is nevertheless, a fantastic start into a new series of 9 o’clock nasty sounds! 9/10 Mangoes”
Send Me Your Ears @SendMeYourEars “Sleepy Policeman defies description. “Quirky” is probably the best we can do here! With two shouty lead vocals that sometimes compete in each ear for attention and sometimes call to you together, it is a song that gets under your skin. The harmony sections in the chorus are actually beautiful and display the obvious talent and quality musicianship that this band holds. Reminding us more often than not of Pink Floyd’s, The Wall, this is a track which feels both timeless and modern.”

Less Than 1000 Followers, @jpgchief "A mixture of Punk and Dub, or what the Nasty like to call Dub-Punk, is what “Sleepy Policeman” holds in its core. Not satisfied with their Garage Rock anthems, the British trio is now ready to explore uncharted territories. Of course, without losing who they are! Their usual sense of humour, sarcasm, and ironic lyrics are still present in their new sound, but now they present a rather dubbier instrumentation, with big fat bass, and echoing guitar licks. A nod towards hypocrisy and cynicism, the track attacks those elite law enforcement professionals, trained to give their lives to protect the rich, degenerate scum that they hold in utter contempt."

Rock Era Magazine @rockeramag “The song is slow paced and the musical arrangement is rich with intense drums blending in the background and electric guitar rhythms. The vocals are sexy, clear and sometimes high pitched. This song is so smooth and chill for any time of day. “

The Other Side Reviews @theothersidereviews “9 o’clock Nasty expands their musical horizons with something called “dub-punk”. An eloquent description of their melding dark dubstep with punk passion, there is a mellifluous fusion of two entirely different camps. One, the dub, is bold, banging and bound for the clubs; however, 9 o’clock Nasty winds their punk-rock wire around the sound with its crude, stinging craziness.… This time they take commercial anthemic club-based dub and slither it through their dark, dingy and palpably grimy sound. Insatiable and indescribable, 9 o’clock Nasty is back with its signature brand of organised chaos.”

Dark Strudel @danzigkrupp "It is rare for a song so pathologically brutal to also stick in your ear as you go about your day. I have said before that some kinds of music work well for my physiotherapy. Well this is a song that allows you to push back against the pain. The push forward for one more step."

Find No Enemy @findnoenemy “A dark and groovy punk and electronic tune from the ever so dastardly experimental garage outfit that is 9 o’clock Nasty… brings out a blend of hard rock riffs alongside a stream of dub and electronic arrangement packages to deliver a scintillatingly groovy and fun ride to enjoy. It’s a marked departure from the group’s traditional sound, showcasing their ability to deliver more than the usual high energy raw and gritty garage rock track. There’s a lot more polish to the production here, a much more focused and crisp layer to the arrangement. Still, the group manages to retain what makes them who they are, an unabashed coolness and suaveness that’s thoroughly unique and weird all at once.”

Os Garotos de Liverpool @gdltudosobremusica “Sleepy Policeman' delivers to the public a great tune full of powerful guitar riffs throughout the track (especially at the beginning), highlighted bass full of grooves that show all the band's talent, also keeping the the band's fun vocal style connects to lyrics that need to be talked about.”
Artisti Online @artistionline “The British policemen have entered the collective imagination by right. From the images of the Beatles concerts in which they try to sedate the crowd of girls who scream and squirm trying to get as close as possible to the Fab Four, to the hilarious sketches of Monthy Python, to the homegrown comics of Dylan Dog. In this apparently playful and goliardic context, the last single of Nine O 'Clock Nasty, entitled Sleepy Policeman, is placed like the "cheese on macaroni".
Saiid Zedan @saiidz "There is something endearing about this band; whether it is their musical uniqueness, their distinct approach to things, or the insane arrangements of their songs. Whatever it is, they are definitely gaining our hearts and ears with their really energetic, enjoyable music."
Music Arena @music_arenagh "A dark fusion of dub and punk elite law enforcement officers trained to devote their lives to protect the wealthy, morally bankrupt trash that they abhor completely There are some scumbags around, and the wealthy ones are well protected."

Sleepy Policeman is the November 2022 single by 9 o'clock Nasty

Welcome to their world. The Sleepy Policeman work night and day to protect the lawless, spoiled fools that employ them.

My feet are flat so I can't walk 'em

Won't you help me, scratch my itch

My boat's a yacht I'm the sleepy policeman

I drive a Sea King out of prison

Can't you help me stay a while?

DNA of the sleepy policeman

You'd be surprised what I feed 'em

My heart is dark, my soul is black

I taste of ashes but I'm backed

By a state of indignation

But I'll rise above it all