Jethro is restored to us 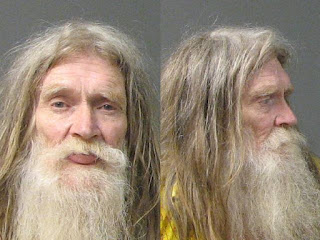 Jethro our missing sound engineer is restored to us. It seems that while standing outside a local high-value supermarket awaiting a lift he crossed paths with a member of Coldplay's management who asked whether our expert engineer-for-hire could work his magic on their latest multi-minute pop creation.

Back in the Day, Jethro was the ears behind a number of top-70 hits and in particular the extended 12"remixes when songs used to come in sizes. This overexposure led to his affliction at being wrapped in imaginary snakes whenever working on any songs longer than 2min 17sec. What we in the 9 o'clock Nasty called "the Jethro Snake Limit"

For that reason we try to keep our songs shorter to avoid the writhing agonised bearded wailing in our small and rather cramped mixing room at Koala Studios.

Anyway, to cut a longer story shorter, Jethro has a full-on snakedance attack at the Coldplay studio and had to take his ears to the coast to listen to the gentle crashing of the waves and gnashing of crabs. Having regained consciousness he gave Ted Pepper a call from the payphone in the waiting room at the foot clinic. The brown formica one that only accepts Imperial money and buzzes when you use too many vowels.

Anyway, he is now back with us and we have been able to start mixing the songs for the July EP.