Second OnlyFans Suspension for the Nasties 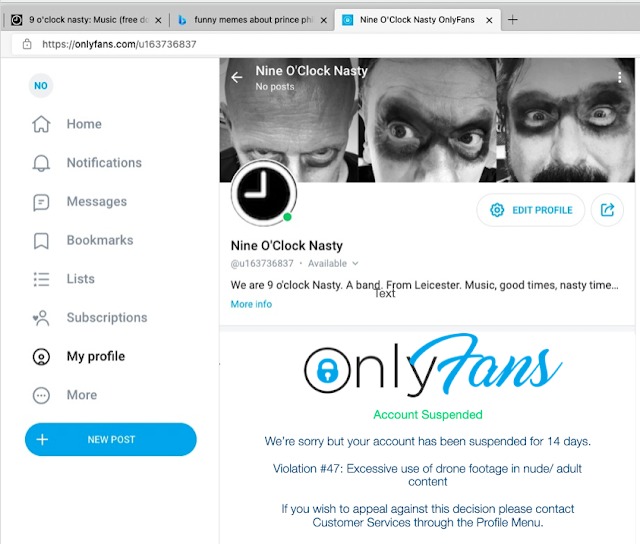 The signature shot of the film, a 18 minute high speed drone  flypast over Bradgate Park fell foul of the censorious censors due to a flicker of nudity in which Brock chases a plastic bag whilst butt-naked as the sun rises over Old Tom.

"We would rather be true to our content, than cover up Pete's magnificent body. Ever since he was a little boy he dreamt of hurtling over the wet grass bare-foot and bare-butt and his art cannot be silenced. Well actually that is exactly what has happened. But fear not, as soon as the suspension ends we will begin sharing edgy material that is too dark for open-access media."

No effort whatsoever was made to contact OnlyFans about this article, except for opening the kitchen window and sullenly whispering their name three times.

Email ThisBlogThis!Share to TwitterShare to FacebookShare to Pinterest
Labels: OnlyFans