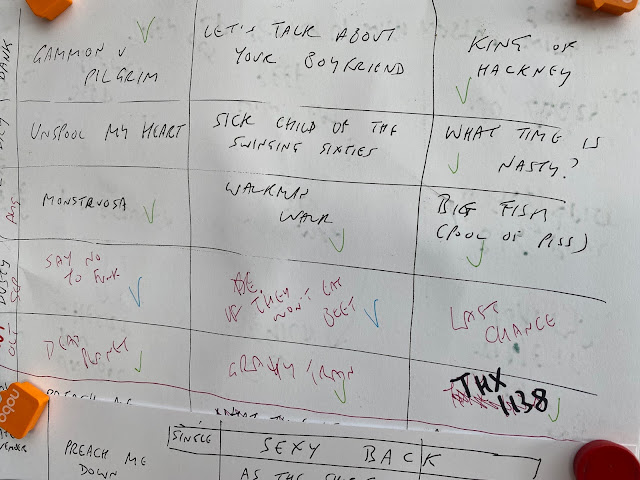 So in May when we thought we had some good material that we could release and wanted to put out an EP every month, we made this page and Ted attached it to the wall. There were some tweaks and some crossing out, but we are finally getting near the end of page 1 for 9 o'clock Nasty.

The "final" EP of the first series is called Cut and we expect to share the three tracks through Distrokid with a view to them being out in the world by 8th October. Some platforms it will be earlier, others (looking at you Amazon Music) several days later. 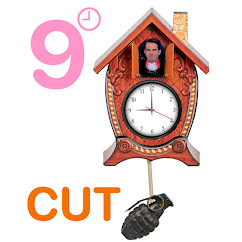 Those fifteen songs all were birthed in early summer 2021. Together they will form the basis of our first LP "Catch Nasty" (short for "Catch Up With 9 o'clock Nasty") together with a bonus track that is only currently available to our newsletter subscribers. 16 songs. Some of the songs are tweaked and improved from the versions on our EPs.

The LP will be out for newsletter subscribers and Bandcamp followers on 1st October (with a special discount code as a thank you) and on general sale from 15th October. If you buy a physical copy you get a special download version for free. Or if you don't like clutter and want to be digital it'll be available to buy as a download.

We've been busy writing and recording in the meantime though. 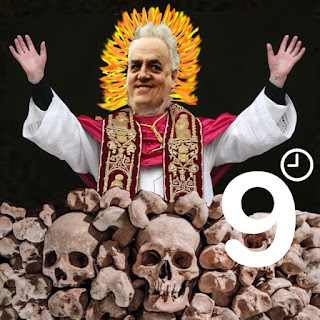 The one song we have had released that is missing from the list above is "Preach Me Down" which was a sort of prelude to Dry in July. That song has been rewritten grown into a true monster of rock (you could say it was operatic, but it's far better than that) and will lead the first release of the next cycle of EPs entitled "Party."

Before that though we're releasing our first proper single. One song. A cover version. It is a true killer.