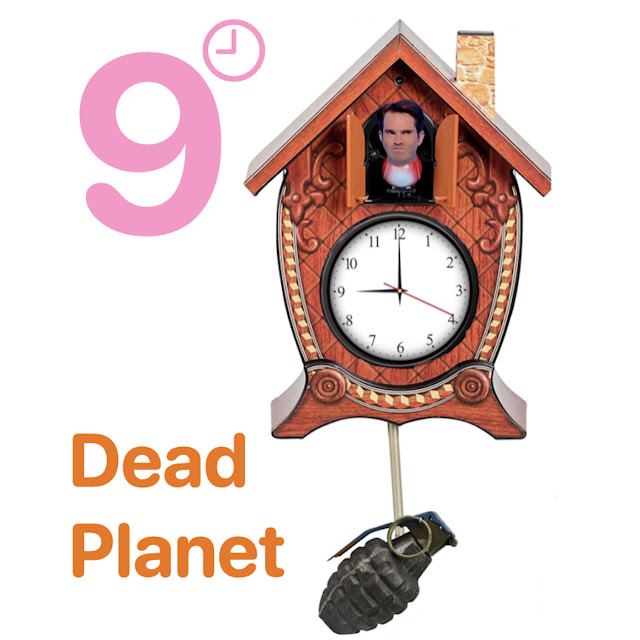 Dead Planet is from "Cut," the October 2021 EP by 9 o'clock Nasty. A commentary of self-destruction over a driving melody.

It took a lot of thought. I mean ending all life on earth wasn't a snap decision. You kind of knew all the problems were there. You could see the dominos all lining up. People warned you. Friends who meant well took you aside and whispered, "you know if you don't make some simple changes to your behaviour you will be left with a scorched wasteland with no meaning or value whatsoever." You heard them, but still... and then there were all those dominos lined up. Waiting.