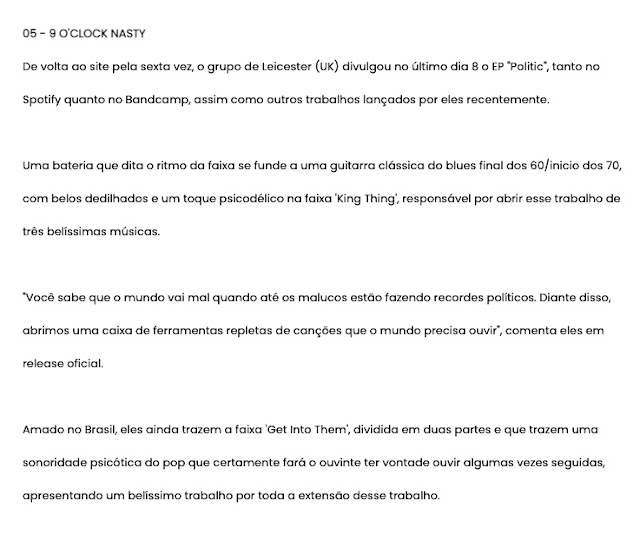 Thank you Os Garotos De Liverpool for keeping the Brazil connection alive with their lovely review of Politic.
As it's in Portuguese we have deployed Ted's debatable language skills to share a translation:

Back on the site for the sixth time, the group from Leicester (UK) released the EP "Politic" on the 8th, both on Spotify and Bandcamp, to follow up the other works released by them recently.
A drum that dictates the rhythm of the track merges with a classic blues guitar from the late 60's/early 70's, with beautiful fingerings and a psychedelic touch on the track 'King Thing', responsible for opening this work of three beautiful songs.
"You know the world is going badly when even freaks are making political records. With that, we opened a toolbox full of songs that the world needs to hear" they comment in an official release.
Beloved in Brazil, they then bring the track 'Get Into Them', divided into two parts and which brings a psychotic pop sound that will surely make the listener want to listen a few times in a row, presenting compelling music throughout the length of this record.