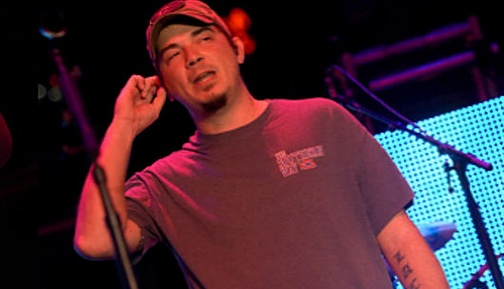 Long time collaborator of 9 o'clock Nasty and landlord for Koala Studios, the world's smallest full size recording studio for the small of stature, is in trouble with authority once more.

Ever since his Pukka Pie disco smashing incident left him with scalded palms and a number of enemies, he has been on a strange diet prescribed by Band Physician Dr Ghooz as well as the most powerful painkillers allowed in the western hemisphere.

In a delirium of pain DJ Dirty Boy attempted to purchase a Cornish Pasty at the all-night garage on Cumberland Way and was excited to hear Gammon v Pilgrim by 9 o'clock Nasty come onto the radio. As he frantically explained to the attendant that he was the man that produced the song pouring from the speakers he clearly crossed the customer/ robber line and local special constabulary resources were mobilised.

The resulting fracas was a battle with one loser and a great many victors. DJ DB is now at home under sedation and will be appearing in front of the authorities on Friday. Three people have suggested 9 o'clock Nasty once more put on a Free DJ Dirty Boy benefit gig to raise the funds for the enigmatic pie slapping DJ's legal costs.

When speaking to local news, Pete Brock, the irascible performer in the Nasty said:

"Look it's all the circle of life. He has to stop leaving rotting food about and the whole crushing pastry based foods with his bare hands thing has got to stop. The carpet is ruined."

Rumour has it that a number of local bands that owe a debt of gratitude to the wayward DJ's skills are planning a series of concerts across the city of Leicester this weekend.