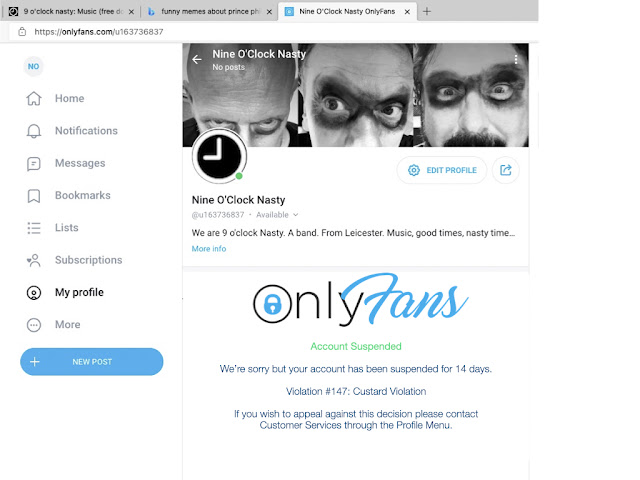 It seems that three naked men, in their own home, cannot film themselves eating from a huge bowl of bright yellow custard and put it on the internet anymore. The Piece "This Is The Real Yellow" featured a re-imagining of the ColdPlay song, with bubbles, dairy product and the sound of men baying for a better life.

If a spokesperson for OnlyFans had been contacted they probably would have made no comment.

Email ThisBlogThis!Share to TwitterShare to FacebookShare to Pinterest
Labels: OnlyFans