"In many ways, bands such as 9 O’clock Nasty are our very own sunset. " - Music Is to the Blame Cut "Cut" to the Bone 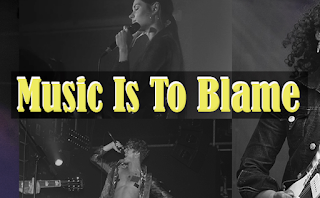 There is chaos in Koala Studioes. You may think you have lived through chaos, but there is no chaos like this chaos. "Midnight Lover" blares out distorted from the hyperplasma television as Sydd drums a new beat on old newspapers and cans of cheeky Vimto. Streaks of thick white paint drip down the face of the screen as Pete B-Rock lost in a manic phase perches on a wheeled chair slapping a layer of viscous sonic-absorbent coating onto the ceiling and Tedd huggz himself and whispers softly in anguish. All the time a bright red airhorn mounted on the broken CISCO desktop computer fires off a hideous crackle and wail of painfully loud alert.

The Mark E Smith Comparison Alarm has finally sounded and life goes on. 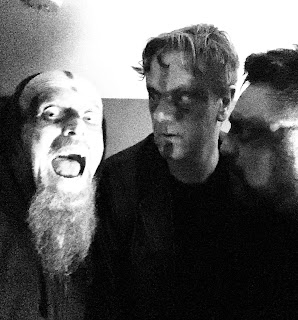 Music is to Blame set it off. No blame to them, it was bound to happen eventually. Later after Sydd found his trusty bean-hammer under the copies of Cosmo in the bathroom-utility-tape storage space and silenced the freakish alarm everyone read the review and agreed it was a fair and balanced piece and actually a very good review. But it came as a shock nonetheless. I mean we all know we will die. We do don't we? We don't know who will go first, but a beginning has an end. Even so it is a surprise. Similarly with Mark E Smith comparisons. It was our time.

(if you have read this far and not checked the review, shame on you, it is a really well written piece and deserves better than this nonsense).

Anyhoo, the sonic-reduction paint has begun to dry and Ted wiped the tv screen so that Our Man In the Bronze Age now play in a loop through a film of oily white.

The review? We hoped you would ask. We have thoughts.

In a world ravaged by a pandemic and a country battling its way through the idiosyncrasies of the largest trading bloc the world has ever seen, things seem particularly bleak. 9 O’clock Nasty would almost certainly agree.

We do. It's bleak, really dire. We laugh at the news but not in the good way we used to laugh at the news back when they were only dirty, greedy self serving fuckwits. Then was better. Thems-was-the-good-old-days. Now it's bleak. Oh we said that. The songs do kind of fall out of the intensity of stupid we are living in right now, we wouldn't have written anything quite so dark two years ago. Even the love song we just finished (and it is a real honest to goodness love song - watch out for it - Do Me Too) has become about watching the the human you love being fucked by someone else and hoping they are enjoying it. To misquote Hunter S Thompson, now everyone has to screw their pants on in the morning.

The track is not only a commentary of the impending doom as the climate crisis hurtles towards us, but it also points to the self-destructive nature of the human race on a more personal level.

Boing! That landed on the nose. It's about flipping the table full of beers over in the pub and storming out just as much as it is about the near-inevitability of a crisped up swamp of death enveloping civilisation and leaving only the hillbillies and super-rich clinging to rocky outcrops and singing along to Toxic.

highlighted by the crisp and tight guitar solo that is at almost complete odds with the rest of the track.

Boing! Truth: it was added about 6 weeks after the rest of the song in a moment of madness. We think it rocks big rocks, the fleshy kind.

Pete B-rock reminds us we’ve “All got so much to gain” on the money-making “Gravy Train”.

This really fucking upset Ted. Ted sings quite a bit and to have his nemesis identified as singing hurt, but to have his arch-enemy credited and for it to be absolutely accurate in naming lines that Pete DID actually sing is truly a gut-punch. Even Ted finds it amusing but he has a twisted bowel and needs entertainment.

It’s easy to relate our fears of the past 18 months to the government yet, in the movie which inspired the closer of ‘Cut’, the protagonist escapes the city and heads to the surface – witnessing his first sunset. In many ways, bands such as 9 O’clock Nasty are our very own sunset. We may be hurtling towards a climate crisis and continuous economic downturns, but we can enjoy the ride as we do, and ‘Cut’ is certainly a fun ride, despite its subject matter. As Brock suggests – “It’s not your place to be questioning the lesson”, but who would want to when the lesson is as exciting as this.

Thank you James, and sorry for lifting so much of your writing to quote on this page - we hope it doesn't stop anyone reading the original.  You made connections and are truly a music-geek of the highest category. We salute you. Here is our salute photo. 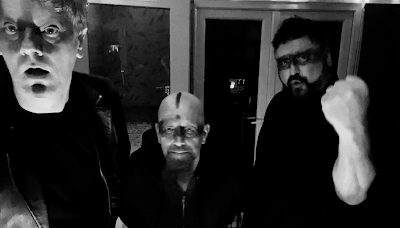