The Wild Is Calling Review: The Unconventional Wisdom of Bare Bollocks on Cold-Metal 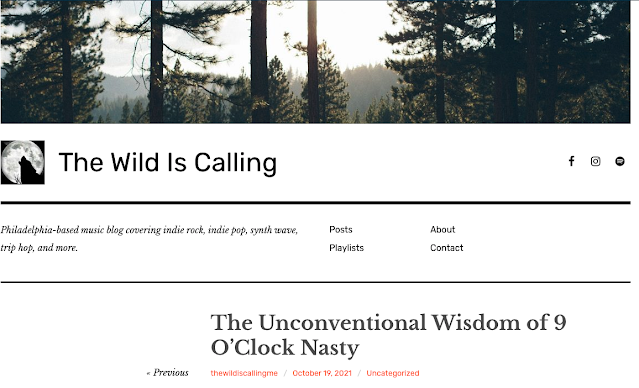 Brock was in another one of his 48 hour marathon sleeps. We know to never wake him. For five days he is a high intensity powerhouse and for two he must meditate and rest. But the review was so good, We spoke to the reviewers. They are American. It was probably a language thing. They made it clear that it was imperative that Pete Brock wake to read the review and give an opinion.

So Ted was volunteered to do the deed. He went upstairs, down the corridor. Along the other corridor. Through the dressing room. He opened the wooden panel into the crawlspace. The air hung heavy and dead. How to awaken B-Rock, the third most dangerous man in Western music?

A pinch to the nostrils. Finger and thumb across the beak.

Brock remained sound asleep. A minute passed. Air was getting in through his mouth. Compounding an already highly inadvisable series of events Ted pressed his palm over the guitarist's bearded face.

The percussive explosion was a wonder to behold. As always Brock went from zero to one hundred in an instant, and Ted, never the sharpest of implements was left scattergunned across the luxurious thick shagpile carpet looted from the sinking cruise-ship back when Pete's band was Cunard's go-to-punk act.

Fortunately Ted had laboriously copied the review onto a pad of A4 paper in his trademark green biro and Pete paused in his rage long enough to seize it and start reading. The violence ended. After a small bottle of tequila, forgiveness was scattered and love restored. It was indeed entirely the right thing to do to wake Pete to read the review.

So, about the review.

It's the real deal. We will say very little other than read it. Read the fucking thing right now. Seriously.

We're not going to reproduce it here, although we do have a couple of observations and corrections to add, but it is a thing to read as a whole, not through the cracked lense of our commentary.

Read it. Really, just fucking do it.

Now Ted went to Philadelphia once. That is relevant, as that is where the blog hales from. This isn't a travelogue. But anyway, his English accent and rather sideways approach to walking and talking got him into trouble in not one but two Irish bars and he has never spoken of the experience other than to condemn the city as a hotbed of vipers. But then, now, he has moved on and Philadelphia will forever be redeemed.

Philadelphia, we forgive you. Rejoin our empire. We may add you to our Brazilian tour.

Did you read that review? Really. OK then you can carry on. 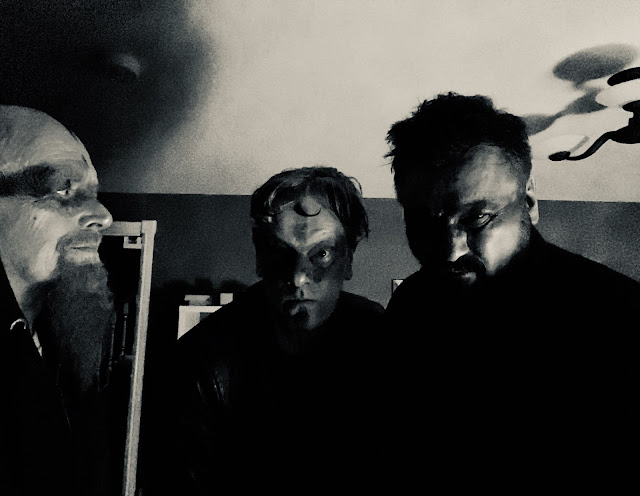 The dystopian theme returns on THX-1138, as the Nasty reflect on pandemic orders and restrictions. One wonders if the recording of the album risked repercussions as strict rules limited out of house contact over the last couple of years

To be crystal clear. We live in a fantasy world. Of course we do. If you read our shit you do too, by proxy. In the Pepperverse there are embellishments. But the bit about the band all living together in a studio called Koala Studios is absolute bollocks on cold-metal true. We are like a post-modern punk version of the Monkees, but also a death-cult.

So we did not break any rules or guidance related to the pandemic. We were trapped in a recording studio for weeks.  WEEKS. That is why Pete looks like that and Ted looks like this. 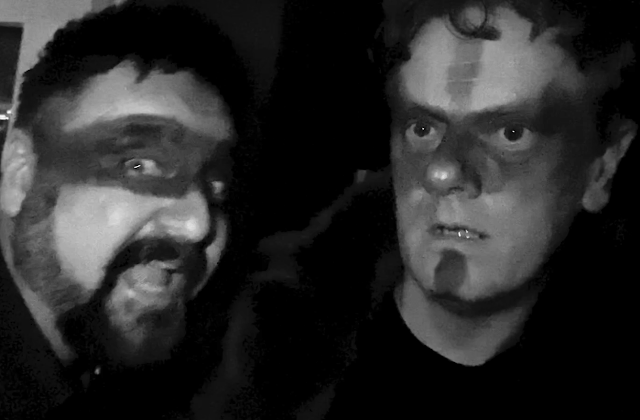 By the way, why are we writing this long text about the review? Because we fucking love it and want to do it justice.

What do we love about it?

It bothered to dig. Cut. Slid a razor over our skin and squeezed painfully inside. The comparisons to other bands are not lazy. They are well-considered (we don't agree with them but we love them) and namecheck some of the coolest fuckers to make music in years. Properly cool.

It is funny and engaging.

It got in Orwell in what has to be the most Orwellian years ever. More Orwellian than when Orwell was alive. Our LP is a product of living through that and so the label is beautifully appropriate.

"Unhinged from the band, the guitarist jams throughout."

This just captures our rehearsals.