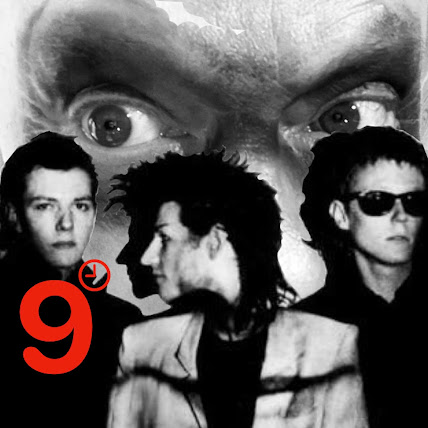 Terror Couple Kill Colonel is the AA side of the November 2021 double A side single by 9 o'clock Nasty. A crackle of sexual tension over a lament for the fallen.

We usually have a little fun with this write up on the site but would rather say something serious this time. Firstly we adore the original Bauhaus version and we've rebuilt it from the ground up but with respect. We hope that comes across.

Secondly, when preparing this we looking into the backstory of the events behind the song. We don't know the motivation of Bauhaus or necessarily what they were trying to say, but we did find out about a German student-leader called Rudi Dutschke. We hope we can persuade you to look into his story too. It is a sad story and a heroic one. Whatever your views on the anti-war movement at the time, you will probably recognise an idealist being truly fucked over by bad people. The thing that disturbed us deeply was the absolutely shameful way the British press and eventually the government treated Rudi.

We didn't write these lyrics (but we did edit them a little to make the song better in our view) so here is a link to the Bauhaus set.