2021 In Review, Filtering Through the Belly Button Fluff 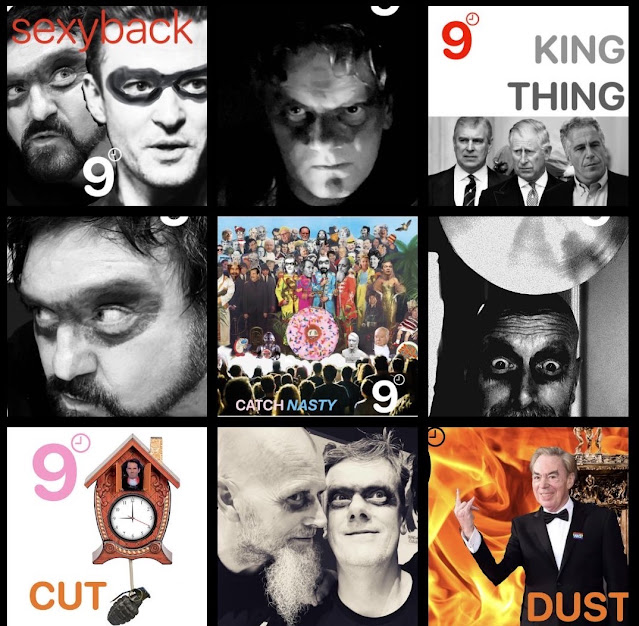 As 2021 draws to a spluttering conclusion, thank you to everyone that has supported us in our first 6 months. We knew we were onto something pretty early on in the year as the first songs fell together, often literally. We're super proud of the debut LP "Catch Nasty" as a strong statement of where we started. The first twinkling for the second one have begun to form.

Special thanks to the reviewers, a few of whom we've referenced below, and of course the lady at Rothley Post Office. As soon as get past this Coviod-self-isolation thing we are coming to post some Nasty Packs!

"They slither into your ear, reverberate around your cranium and swagger down your spine.”

The Other Side Reviews

“A bafflingly all over the place smorgasbord of tunes …  they believe is their duty to add to the god given collective hysteria. Musical hooliganism at its finest.”

“You always know what to expect and get it wrong with 9 o’clock Nasty….. You’re still going to get a special brew of Irish coffee with these guys. Beware for micro doses of LSD though, they’re perfectly capable.”

“From the first second I heard 9 o’clock Nasty, I knew I was in for something special and Cut got my heart pumping in a wonderfully ear-bleeding way. Is ear-bleeding in a metaphorical sense wonderful? In this case, you’ll love it!”

The Other Side Reviews

“Their humour has a hint of aristocratic punk that turns glamor into underground and vice versa.”

“A working man’s rock band for our blue-collar times…. stoner garage rock is back in full force…. drips with originality amid the influence.  Ripe with commentary that reflect our current condition much like Shakespeare satirically cited the ironies of the elites.  The album serves as a collective comment in Orwellian fashion.”

The Wild Is Calling

"This is real music, the one played in garages or small bars. Proletarian music made of sweat and blood"

"Where the living fuck-mother did all those strange raccoon videos come from?"

“If you're tired of the too many processed vocals and too many predictable sounds you listen to every single day on the radio, then be ready for this eclectic and explosive rock band from Leicester.”