The Other Side Upgrades Us From Tequila Punch to Vodka Punch 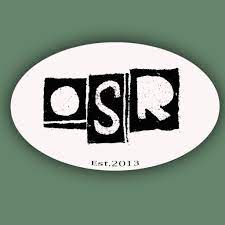 Ted takes research very very seriously. When Other Side Reviews described us back in September as being like a punch in the face after several Tequila shots he first beat the shit out of the studio teddy bear after drowning it in tequila and later drank the rest of the bottle and had Sydd and Pete smack him across the chops repeatedly. As Sydd and Pete had been waiting for a chance to repay him for the whole angle grinder incident they did not demur and Ted spent a week with black eyes and a good idea what OSR meant.

Pete is now very excited because they have now described us as like being punched after vodka shots. He has bought a 1L bottle of poundshop vodka and is flexing his punching-muscle.

The teddy bear is in hiding.

The new review for Cut is awesome. Please give it a read, we're only going to mention some tidbits here.

Never ones to shy away from controversial topics in their music, UK-based 9 o’clock Nasty bring serious messages to the fore in smile-inducing music.

Contaversial? Hmm well I suppose we chose the end of the world (literal or metaphorical), the nepotism of modern ultra-liberalism and jack-booted dance moves so there might be some edge. Mind you the next EP tackles whether Santa is real, the entire basis for organised religion and necrophilia on a liferaft so that might be even edgier.

We try to look side on and avoid preachery-nonsense. Try.

From the first second I heard 9 o’clock Nasty, I knew I was in for something special and Cut got my heart pumping in a wonderfully ear-bleeding way. Is ear-bleeding in a metaphorical sense wonderful? In this case, you’ll love it!

This whole being in a band is never about money and always about art, engagement and craving attention. To read something like this about our little garageband is the affirmation we need to keep on kicking out bundles of beats. Thank you Nicole, we salute you!